The Third Side of the Story 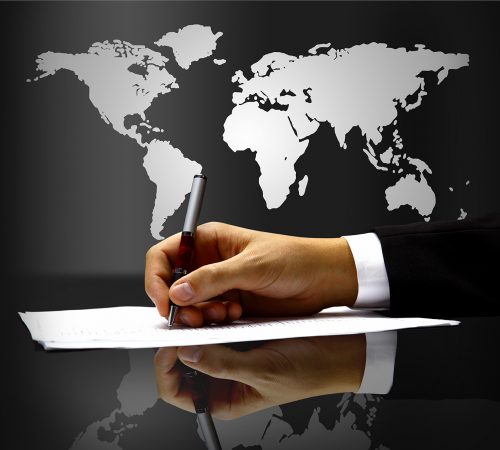 Every two-sided story has three sides. The third side is almost always ignored. In fact, most people don’t believe it exists. They would even argue that it can’t.

There was a time, for example, when some of us knew—we absolutely knew—that if you got sick God was mad at you or the devil was taking revenge for something you thought, said, or did.

On the other hand, some other people knew—they absolutely knew—that if you got sick it was not because of God or the devil at all. You had merely inhaled some “bad air” someplace where you should not have gone.

Remedies abounded. Incantations and prayers, magic potions and charmed herbs, vile cures and distant travels were variously favored by quarrelling sages and the sickly masses. People who fought too hard for their truth were branded blasphemers or fools worthy to be ostracized, excommunicated, locked in stocks or madhouses, and even burned at the stake.

But nobody seemed to notice that nothing worked. Neither side’s remedies stopped the plague, cured tuberculosis, or even fixed a farmer’s itchy feet.

Then one day somebody discovered the third side of the story: Germs. Nobody believed it at first. The battling sides wouldn’t hear of it.

But eventually, the two old sides were exposed as nonsense and they both disappeared into history.

In recent times, Washington DC and the United States of America have paralyzed themselves with a newer two-sided argument. The two sides might be called Left versus Right, Republican versus Democrat, or even Capitalists versus Socialists and Communists.

If half of the people disagree so violently with the other half, isn’t it obvious that neither side satisfies most of the people? Each side began branding the other one as idiots or fools. Does it really make sense that one-half of the country are morons, malevolent creatures, or both—and it is always the “other half?”

History, on the other hand, says both sides might be wrong. So, who is looking for the third side of the story, or even willing to imagine it exists?

I cannot offer you that third side today, but I have a radical concept that might help us all find it: The question is more powerful than the answer. The right question will start with: “If both sides are wrong….”

None of the accepted answers have worked for everyone so far. That’s the smoking gun evidence that neither is right. We are too busy fighting for our favorite side—and being absolutely right—to do the harder work of looking deeper.

The problem is intolerance, but not of people or ideas. It’s intolerance for cognitive dissonance—juggling contradictory thoughts on a single topic. It tempts you to relieve the discomfort by adopting blind, uncritical loyalty to one view and rejecting the other. My suggestion is to cultivate cognitive flexibility. This is not wishy-washy relativism. It is openness to new and more evidence.

Ideas should be compared on their own merits alone. This will create a space for something new and original—the third side of the story.

It might also make enemies who will label you a heretic, but isn’t medicine really better than reciting a magic charm?

The measure of intelligence is the ability to change—Albert Einstein

Chatback? A different opinion?  Enter your comments below!

NOTE: Chatback invites disagreements. The whole truth rarely lies on either side of an issue—unless you know it all.