Politics and Brains On An Adrenalin Overdose 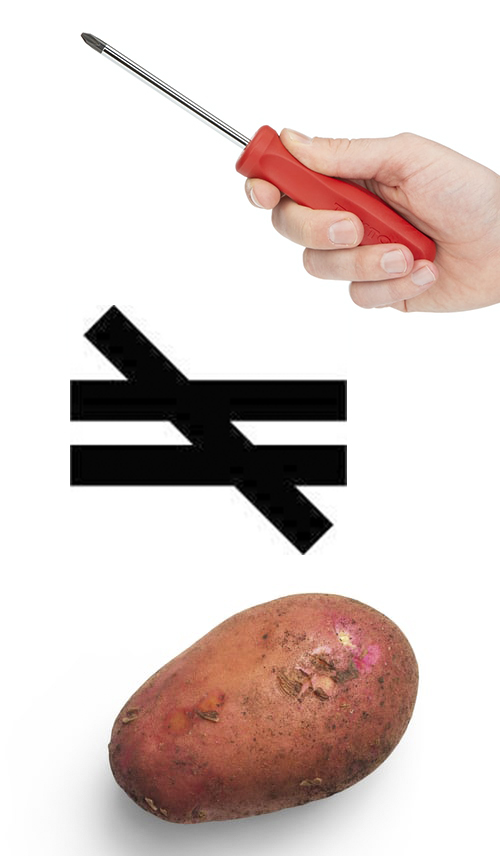 This one is not new, but it will probably never get old, so why not start out by ruffling a few feathers?

Feelings have no IQ

Thinking with your feelings is like using a potato for a screwdriver. Potatoes are fine, they just don’t do what screwdrivers do. Feelings do not do what thinking does.
In Washington, DC a mob tried to use feelings where thinking was needed.

The problem is that thinking needs facts. And the most dangerous tool given to the American public in recent years is the utterly absurd notion of “Alternative Facts.” They do not exist. They are concocted by selecting bits and pieces that we feel better about and then we call everything else lies.

Then we call our favorite bits: “opinions,” but they are only attitudes. Potatoes—attitudes—don’t work in a world that needs real tools.

So, I am taking a hard look at journalism and the other absurdity recently foisted on the American public: “Fake News.” It does not exist. It is something concocted from more of those favorite fragments and attitudes—it is simply not news, fake or otherwise.

Want real news? Listen to a few people who disagree with you—they are not necessarily idiots for doing so. Beware! It will be uncomfortable, but you may be unwise if you don’t. You may learn something you didn’t know.

Another word for “alternative facts” and “fake news” is one we all know: counterfeit. And we are all passing around our own favorite counterfeit as if it could buy anything but trouble.

The problem is simple, getting all the news takes work—work by journalists and work by readers. It’s like real money. It takes work to get it.

So, when sorting truth from lies, here is one more All-American key: Actions speak louder than words. A Capitol building invasion is a temper tantrum. Feelings have no IQ.

Dr. Martin Luther King’s life was one of action and careful thought that backed it up. words are as timely today as ever.

“We must learn to live together as brothers or perish together as fools…Civilization and violence are antithetical to each other.”

Insurrection is defined as “a violent uprising against an authority or government.” That is not a right guaranteed by the United States Constitution. Dr. King opposed such behavior because he understood that every American right is matched by a responsibility, an agreement among all of us, to protect the universal right to life, liberty, and the pursuit of happiness.

No American can pursue those without a pledge to protect each other’s rights to do so.

Contrary to the few but vocal dissenters, the social contract embodied in the United States Constitution is not anti-democratic. It is worth reading again.

NOTE: Chatback invites disagreements. The whole truth rarely lies on either side of an issue—unless you know it all.

Bev from Atlanta, GA, replies on the topic of screw drivers, potatoes, and brains:

Bev asks: With all of the violence of 2020, why is the Capitol riot held up as the penultimate example of non-thinking idiots “having a temper tantrum”?

FIW: Here’s Sir Terry Pratchett’s mathematical explanation of the Washington mob: “'The IQ of a mob is the IQ of its dumbest member divided by the number of mobsters.’” So, with no detectable intelligence, temper tantrum seems a pretty good fit for mob violence.

Bev says: “A careful analysis of “facts” will lead the discerning thinker to know that the leaders in Washington, DC do not represent the people of the country; they only seem to care about themselves, their greed and their own power.”

FIW: George Carlin agrees. He wonders if politicians are sleeping in a bed they made for themselves. “Forget the politicians,” he says, “…They don't want a population of citizens capable of critical thinking. They don't want well informed, well educated people capable of critical thinking. They're not interested in that. That doesn't help them.” But sorry, Bev, I did not make myself clear enough on “alternate facts.” They are, by definition, not the whole truth—only parts of it. So, activists on either side risk acting like “fact deniers” with counterfeit opinions. Feelings and emotions are no excuse.

Bev says: “People have within their reasoning “toolbox” a mind, motivation, intuition, conscience, creativity, emotion and spirit - the part of us that is a divine gift to human beings. Everything besides the mind (logic/intellect) involves some kind of feeling. Reasoning can and should employ its full capacity in the work of determining truth from lies. It is this multifaceted effort that forms opinion (an honest attempt at discerning truth)…

FIW: Good point, Bev. That toolbox in our skulls certainly does contain highly useful tools in addition to intellect and feelings, the only two moving parts I mentioned. I just doubt that most of us use the whole toolbox…

• "Too often we... enjoy the comfort of opinion without the discomfort of thought,” said John F. Kennedy

• “The opinions that are held with passion,” according to philosopher Bertrand Russell, “are always those for which no good ground exists; indeed, the passion is the measure of the holders lack of rational conviction. Opinions in politics and religion are almost always held passionately.”

• "My father used to say 'Don't raise your voice, improve your argument.’"—Desmond Tutu.

One response to “Politics and Brains On An Adrenalin Overdose”