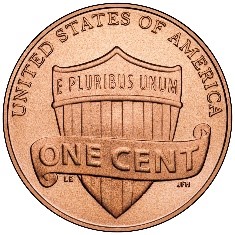 It’s there almost as if we mean it.

Out of many, One.

It meant that the original Thirteen Colonies were united in a new, single nation. Historians trace the phrase back to ancient Roman and Greek writers who said something more like:

“When each person loves the other as much as himself, it makes one out of many.”

Wouldn’t that make these the truly United States of America? Think It’s possible?

But we’ve weaponized a lot of words around the different parts. Take the word “Ethnic” for example. It has been turned into a code word for “different,” “alien,” someone to be set apart, even feared.

President John Kennedy once said, “The unity of freedom has never relied on uniformity of opinion.”

TODAY’S HOT BUTTON: A difference of opinion does not automatically make one right and the other wrong. Understanding another opinion or person can’t hurt you. That terrifies some people, but it is harmless.

Understanding is not the same as agreeing or waffling. It’s safe. Yet we fear different opinions. Other kinds of people become dangerous.

That turns ethnic differences into battle lines. So then, is unity impossible? Maybe not.

Like Grandpa used to say, “Thar’s more‘n one way to skin a cat” And the more ways you know, the smarter you get. So I expect people to look for as many different opinions as they can find. It’s like collecting wisdom. What an interesting hobby.

This week’s blog is an “Opinion Exchange,” a place to trade ideas, traditions, and styles with each other and then accept the different ones as gifts. I can’t hurt.

That’s one way to explain what people mean when they talk about the value of “Diversity” in the American scene. And it will pay off if you experience diversity for yourself. You’ll just be a little smarter than you were before—a little different—but in a good way.

Tyler Cowen, an American economist at George Mason University, once told his students, “Real cultural diversity results from the interchange of ideas, products, and influences, not from the development of a single national style.”

In the United States diversity is not a food fight. It’s a gift exchange.